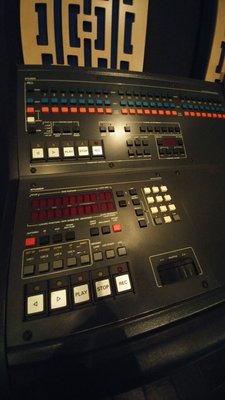 There are no reviews of
American Recording Studio.
Be the first to ⭐ Write a Review.

American Recording resides in a building that was desgined and built from the ground up to be a recording studio. It has a history that dates back to 1967 when it was named American East and was apart of the American Recording Group. It was recently rewired with Accusound cabling and equipped with world class analog recording gear. More

One of Memphis most Historic Studios . Great enivorment with equipped with vintage and modern equipment for recording any genre of music. American Recording Studio is a great place with professional Audio engineer's. One of the best selections of outboard & microphone selections, esoteric gear . More

The Forgotten Story Of Memphis' American Studios Memphis has been a music town since anyone can remember, and it's had places to record that music since there have been records. Some of its ... More

It was bitter cold the evening of January 13, 1969, in Memphis, Tennessee. Producer Chips Moman and the searing band of musicians he had assembled at America... More