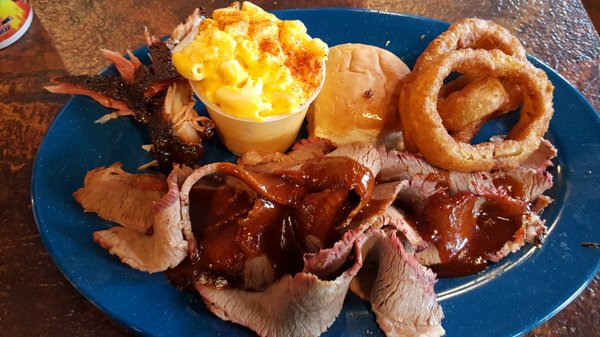 There are no reviews of
Central BBQ.
Be the first to ⭐ Write a Review.

Central BBQ is an award-winning barbecue restaurant based out of Memphis, TN. Our secret ingredients to success include our delicious, fall-off-the-bone meat, smoked in southern hospitality, and doused with good times. More

Memphians know great BBQ. And since it opened in 2002, Central BBQ has been ranked as the number one spot for BBQ in Memphis, by Memphis. More

I'm sorry, I know Central BBQ is the heart of Memphis and is on the top of the list of must try places to eat when in Memphis. Which is why we ended up here. It wasn't busy and the customer service was good. The tables were socially distanced and there was a guy walking around wiping every table as soon as the patrons left. More