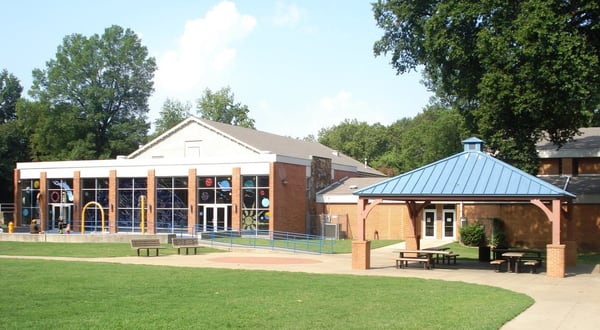 There are no reviews of
Peabody Park.
Be the first to ⭐ Write a Review.

Peabody Park is my favorite park in midtown. There are multiple slides, swings (including infant swings), monkey bars, fun little tunnels and playground games for the kids. There's also a little pavilion near the playground and a larger one off to the side near the splash park. More

The Peabody Memphis is a luxury hotel in Downtown Memphis, Tennessee. The hotel is known for the "Peabody Ducks" that live on the hotel rooftop and make daily treks to the lobby. The Peabody is a member of Historic Hotels of America, a program of the National Trust for Historic Preservation. Inside the Peabody in 2006 More